Welcome to the House blessing circle 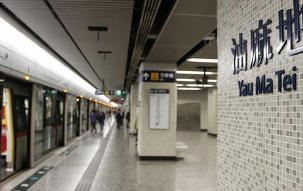 On November 11, 1981, when a subway train leaving Hong Kong's Central Station arrived at Yau Ma Tei Station, the driver suddenly saw a woman about 17 or 18 years old jumping off the platform to commit suicide, so she braked immediately and informed the subway. Station staff alerted the police. It is said that the driver of the train clearly felt that the wheel of the train ran over a person, so he immediately notified the platform staff to call the police, but after the firefighters arrived, they searched the entire track and found no casualties. Even among the passengers waiting on the platform, many people saw a woman in a bright red dress jumping off the track and committing suicide!

Some people even said that they saw the train run over the woman in red with their own eyes and made a shrill scream, but not even a drop of blood could be found on the bottom of the train and the track. In addition, the subway company stated that the driver's previous health record was very good. , and no record of mental illness. Since the incident involved human lives, the police and firefighters did not dare to ignore it, and even lifted the train with a crane to check it, but could not find any traces of jumping off the track.

Due to the large number of witnesses at the time, even the TV news was broadcast that night, and the newspapers had a large report the next day. But since there were no dead bodies or injured people, of course, the incident ended without a trace. Afterwards, some people analyzed that the "witnesses" present may have had collective hallucinations. Collective hallucinations refer to a group of people experiencing things together, and their emotions are affected, so they are particularly sensitive to certain things, so hallucinations occur, and hallucinations are regarded as real.

The police judged that the woman in red may have hid in the gap under the platform before the train approached to avoid being run over, and then climbed onto the platform and slipped away. However, this matter is not over yet. Years later, a mage in Hong Kong received a document. It turned out that after the woman in red was hit by a train, she really climbed out of the track and went home, but she suddenly fell ill and died soon after. Is she a human or a ghost? This mystery not only can not be solved, but also adds a supernatural color to the matter.

Afterwards, there was a rumor that a young woman went to Yau Ma Tei Station to take the subway home after going to the hospital for a follow-up consultation. Unexpectedly, when she got to the platform, she saw a person wearing a red dress with the same appearance as her, jumped off the track as the train approached, and scared her to leave the subway station immediately and change to another train. vehicle home. Unexpectedly, she died of a sudden cardiovascular disease two days later. It turned out that this was a kind of death notice that saw her accident.

Another mystical legend is in Sheung Wan Station. There is actually a mysterious exit and platform here. The ends of the tracks on both sides of this platform are closed with iron chains, so no trains will enter or leave this platform. This place, known by netizens as "Small Platform of Sheung Wan", has many supernatural stories, including ghosts crying every time they pass by in the middle of the night, and when the Sheung Wan Station was built, there were construction workers in person. Witnessed a woman in white, wandering and even jumping off the rails on this platform without trains.

Even after the completion and opening of Sheung Wan Station, there are still supernatural legends from time to time. The most outrageous story is that when the tunnel was opened, some workers accidentally opened the gate of hell. The workers saw horrible scenes that they should not see, and the project had to stop. , and finally ask the eminent monks to supercross and close the tunnel. Suicide incidents have occurred in various stations of the Hong Kong MTR, and human body stumps will remain on the tracks, which will be cleaned up afterwards. It is rumored that at a subway station, there are conductors, engineers and security guards who will meet a "stranger" on the track, and he will lie on it, as if looking for something.

Employees who are familiar with the situation will not step forward to be troubled, but there was a car captain who had just reported to work. When he left late at night, he encountered a man looking down beside the train looking for something. Looking for his own feet, the captain only found the man's lower body, only a faint white light and shadow. The captain was too frightened, and after a period of rest, he could only be transferred to the morning shift for a long time.